Gail, when do you have time for yourself?

I have lots of time by myself, or rather when I feel I am alone, but time FOR myself? That doesn’t happen very often! I get my mum to come over, and Fraser has a friend who comes by and his brother Scott sometimes comes up from Dunbar to help.  I don’t stay away too long if I go out…Fraser gets a bit anxious.  And I find it’s best if I don’t expect to get time to myself, so when I do escape for a haircut or to get something up town, it feels like a treat.

Would you consider getting a carer?

Well, like I say, we do have one or two people that come and let me away but Fraser prefers it to be me…so I feel like I’m not doing right by him if it’s not me. So would I get a regular carer? It would depend on the person of course…but also we only get a percentage of Fraser’s pay, and I’ve had to give up work so money is tight and we can’t really afford to have a carer.  Fraser can do some things and we would qualify for some help…but Fraser’s proud and basically…we’ve had a few rows about it, but I think we won’t be going down the carer route.  It does put stress on me…I mean I never get to be unwell and we drive each other crazy…but what can I do?  He’s my husband.  I love him.  It’s what you do. 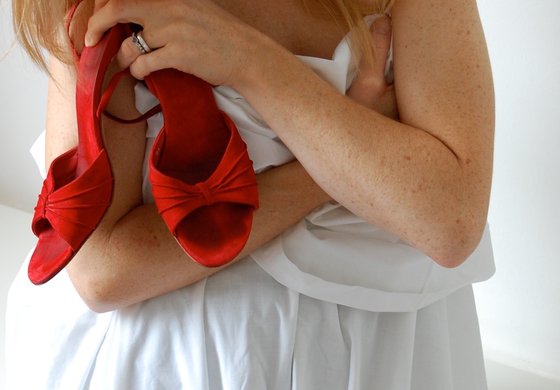 What would you like to see changed as a result of your husband’s injury?

I think that they should give you more when you have an accident…more help more pay…I mean he was on a job…it’s not like he was drunk at a party…even if it was his own fault in some ways, except I don’t know if that’s true because there was always such pressure from his bosses…I mean they were always saying “Do it safely, but do it soonest…” and so you only really take in that the job needed done fast and that’s when things go wrong.  So I suppose I’d like to see some of the senior guys take the pressure off.  And anyway he was working for a subcontractor at the time who had under-priced the job to get the contract, so I think that the way that procurement happens should be different and not just go to the lowest bidder because when the sub-contractor then its the job everyone’s rushing to get it done on time…and the guys don’t benefit at all.  It’s always the shareholder who benefits.  I can tell you they won’t be benefiting when everyone’s making mistakes and getting depressed with the pressure and lack of sleep!