Behind the Scenes: Fettes College

Paul Samson presents himself as a grey corporate suit, wishing to present his message about how to be professionally successful... As far as the audience of school children and their parents were aware, what you see is what you get-

Not if Acting Up have anything to do with it! 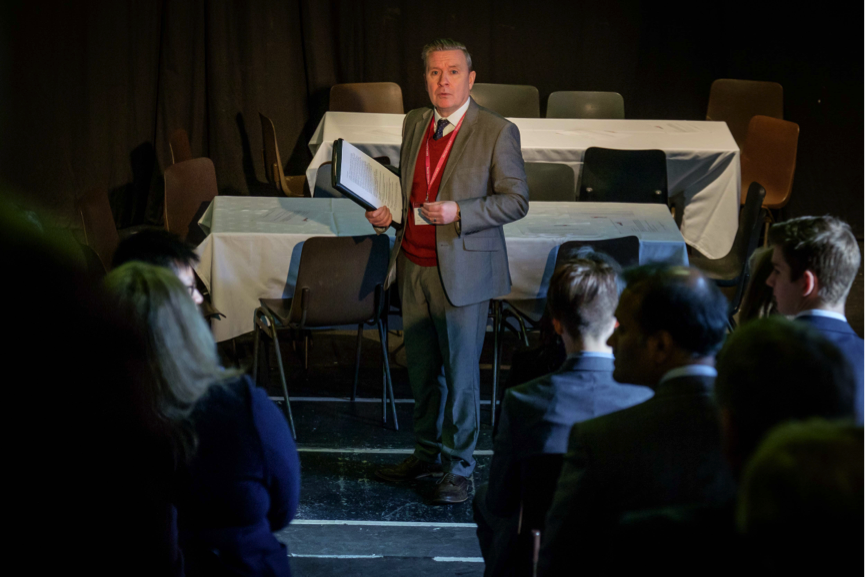 Emma Currie, our Acting Up CEO, was sat in the audience posing as a parent listening to the careers session and ready to intervene in Paul Samson’s talk about the highest grades being of the upmost importance…

Previous to the onset of the performance, I was informed of the AU intervention that was about to take place and Emma’s intentions within the careers session, however I still found myself suprised along the way.

Paul Samson took centre stage, his fake message was clear: “You will categorically not proceed far professionally without the absolute highest grades in your class at school”.

This is however simply extracting one potential element of the recruitment picture, taking for granted the rest of the human package.

At Acting Up, we know that in order to understand something, nothing is more important than looking at the whole picture.

Humans are made up of far more than numbers and statistics placed onto a piece of paper.

And so, at Acting Up, we start with the real human element.

The human element being human behaviour; the way we interact with one another and the world around us, exploring the resulting effects.

Emma Currie, unbeknown as part of Acting Up to the school children and their parents, speaks out to Paul Samson against a lack of placement of the importance of the human side and the behavioural element within his session that Acting Up believes is the real key to success.

Emma discusses the human side, the personal touch that makes us all unique. Emma insists that our behaviours are just as important as anything else, such as good grades. 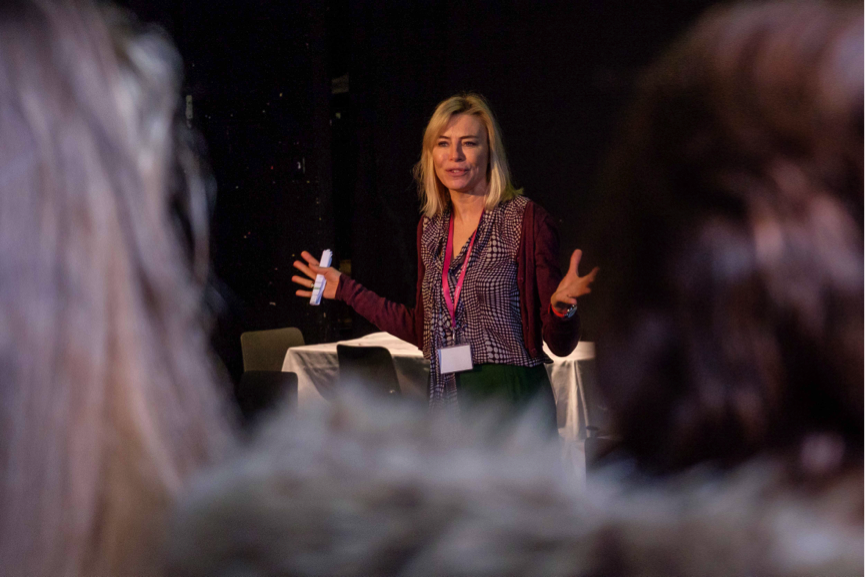 The shock factor that Acting Up provided this career fair was doubled up from an unexpected source- a parent!

One parent decided to speak out against Emma’s outcry for a more human approach to recruitment versus ‘the best grades’.

Although the parent spoke to agreed with Emma’s words, he didn’t wish to allow for what seemed like an interruption to Paul Samson, who he did not realise was an actor staging the beginning of the Acting Up workshop with Emma.

Certainly one thing that was clear was that the entire room was alert, listening and full attention was placed onto Emma and the words that she was saying. Emma revealed that Paul and Emma are together at Fettes for the Acting Up session and moved forward with the workshop. 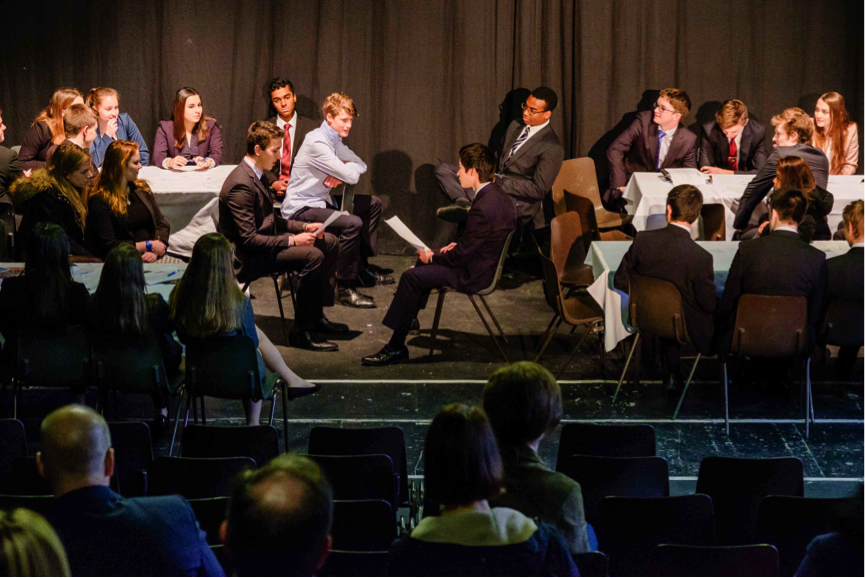 What a way to entice a crowd of people and draw in interest to really internalise the message Acting Up were there to bring.  The unexpected double shock factor added to the impact of Acting Up’s message, which was given feedback as well received by both parent and pupil alike. 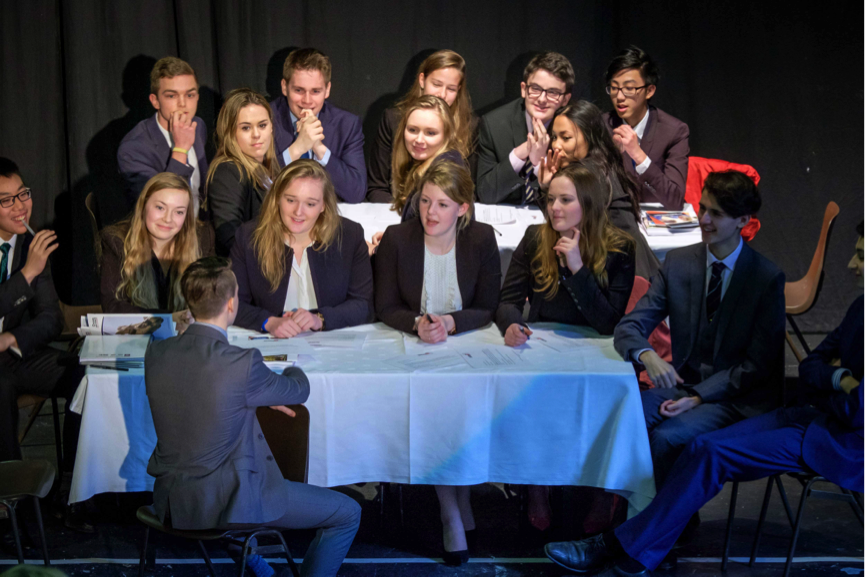 Combine this with an interactive workshop for the school children and a chance for parent interaction within this reveals the thorough work that Acting Up seek to deliver. This was certainly a career fair that wasn’t soon to be forgotten!

Interested in working with Acting Up for your next career day?